Antichrist’s vast skills and Satanic empowerment will enable him to rise to power in political and governmental spheres of influence.  Using deception and diplomacy he will accomplish bloodless victories while preparing for way against any nation or leader who opposes him.  Eventually fear will keep his enemies submissive to his leadership.

Like Antiochus before him, the antichrist will start humbly and peacefully and slowly win the trust of the those in power through deceit, flattery and bribery.

And in his place shall arise a vile person, to whom they will not give the honor of royalty; but he shall come in peaceably and seize the kingdom by intrigue.  With the force of a flood they shall be swept away from before him and be broken, and also the prince of the covenant.  And after the league is made with him, he shall act deceitfully, for he shall come up and become strong with a small number of people. He shall enter peaceably, even into the richest places of the province; and he shall do what his fathers have not done, nor his forefathers: he shall disperse among them the plunder, spoil, and riches; and he shall devise his plans against the strongholds, but only for a time.

10 There are also seven kings. Five have fallen, one is, and the other has not yet come. And when he comes, he must continue a short time. 11 The beast that was, and is not, is himself also the eighth, and is of the seven, and is going to perdition.12 “The ten horns which you saw are ten kings who have received no kingdom as yet, but they receive authority for one hour as kings with the beast. 13 These are of one mind, and they will give their power and authority to the beast.

17 For God has put it into their hearts to fulfill His purpose, to be of one mind, and to give their kingdom to the beast, until the words of God are fulfilled. 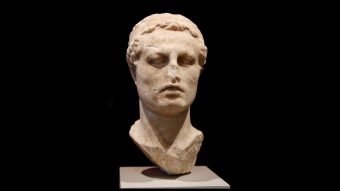