Desecration of the Temple

“His armed forces will rise up to desecrate the temple fortress and will abolish the daily sacrifice. Then they will set up the abomination that causes desolation.  With flattery he will corrupt those who have violated the covenant…”

Antiochus hated the God of Israel and he, considering himself to be god, called himself Antiochus Epiphanies meaning “god in the flesh.”

He began to persecute the Jewish people terribly and tried to destroy the Jewish religion. All Bibles were burned and any male child found circumcised was killed and the dead body hung around the mother’s neck until she too died.  In 165 BC after he erected a statue of himself in the Temple AND sacrificed a pig on the great altar, the Jewish people revolted.

Sadly, not all the Jews were against Antiochus.  Many were willing to forsake their Covenant relationship with God and did whatever it took to get ahead financially and socially.  There was a complete moral breakdown in society. There was a great cry against all restraints as people demanded “tolerance” of their sin.

As Daniel had written hundreds of years before, Antiochus would flatter anyone willing to sacrifice God on the altar of self.

For video teachings on all the holidays and feasts, subscribe: 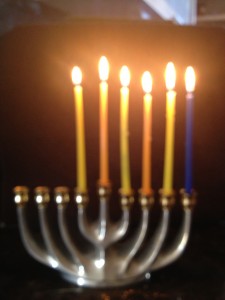