The birth of Jesus was prophesied in detail thousands of years before His birth.

The scepter shall not depart from Judah,  nor a lawgiver from between his feet, until Shiloh comes; and to Him shall be the obedience of the people.

“But you, Bethlehem Ephrathah, though you are little among the thousands of Judah, yet out of you shall come forth to Me the One to be Ruler in Israel, whose goings forth are from of old, from everlasting.”

The prophet Daniel recorded the date of the Messiah’s death.  Who but Yeshua was executed in the year 32 and was called Messiah the Prince?  Knowing the date of His death and the length of His earthly ministry we can determine the time of His birth.

Know therefore and understand, That from the going forth of the command To restore and build Jerusalem until Messiah the Prince, There shall be seven weeks and sixty-two weeks; the street shall be built again, and the wall, even in troublesome times.

And after the sixty-two weeks Messiah shall be cut off, but not for Himself. 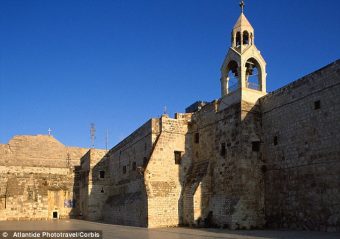