-Witness of Israel even in judgment

Many people only think about God’s blessing upon Israel and the Jewish people.  But God’s choice of Israel to be His witness also includes their responsibility that comes with His privilege of blessing.  Therefore we need to understand His judgment and punishment on Israel because of her sin as part of Israel’s “chosen-ness.”

The Lord has fulfilled His fury,

He has poured out His fierce anger.

He kindled a fire in Zion,

And it has devoured its foundations.

The kings of the earth,

And all inhabitants of the world,

Would not have believed

That the adversary and the enemy

Could enter the gates of Jerusalem—

Because of the sins of her prophets

And the iniquities of her priests,

Who shed in her midst

The blood of the just. 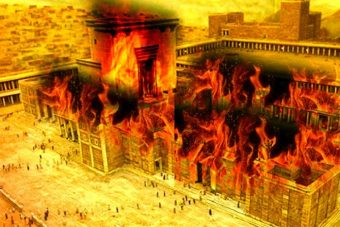