This vision of Daniel continues with a prophesy of the far distant future, but a future which now seems very near!

It is probable to conclude that “he” in the following verse refers back to “the prince who is to come.”  This prophesy stunned Daniel and he was without explanation until 4 years later when he received the next “installment.”

With the close of Scripture, God has given us many details of the desolation to come when God’s stop watch starts again and we enter the 70th week of the 70-weeks prophesy.  The only details we don’t yet have are the exact date and the identity of “the prince who is to come.”

Then he shall confirm a covenant with many for one week;
But in the middle of the week
He shall bring an end to sacrifice and offering.
And on the wing of abominations shall be one who makes desolate,
Even until the consummation, which is determined,
Is poured out on the desolate.”

PRAY FOR THE REMNANT OF ISRAEL TO RECOGNIZE THE FALSE MESSIAH AND TURN TO THEIR TRUE MESSIAH YESHUA. 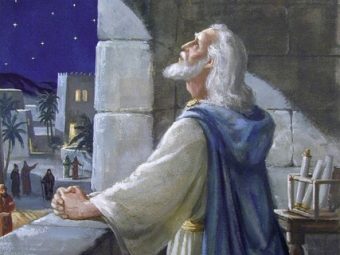