Even a cursory review of Israel’s history is full of rebellion against God.  So many Christians wonder, “How could Israel not believe? They saw first-hand so many miracles, so many proofs of God’s love.”  But we could ask the same question to them.  The answer is simple: sin!

But they sinned even more against Him by rebelling against the Most High in the wilderness.

And they tested God in their heart by asking for the food of their fancy.

Yes, they spoke against God:  they said, “Can God prepare a table in the wilderness?

Behold, He struck the rock,  so that the waters gushed out,  and the streams overflowed.  Can He give bread also?  Can He provide meat for His people?”

Therefore the Lord heard this and was furious;  so a fire was kindled against Jacob,  and anger also came up against Israel, because they did not believe in God,  and did not trust in His salvation.

Nevertheless, despite their rebellion, God offers redemption and salvation to all who will believe.

For if when we were enemies we were reconciled to God through the death of His Son, much more, having been reconciled, we shall be saved by His life.

PRAY FOR THE SALVATION AND REDEMPTION OF ISRAEL. 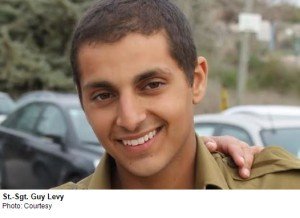