At this point Daniel’s prophesy starts telling future events.  This first is Yeshua’s crucifixion which was only a year or two away.  The prophesy continues with exact dating.  I wonder if the disciples remembered this part!

“And after the sixty-two weeks
Messiah shall be cut off, but not for Himself.”

Daniel’s prophesy about the innocence of the Messiah and yet his execution aligns with that of Isaiah written approximately 200 years earlier. Sadly the Jewish people are “forbidden” or at least discouraged from reading this chapter.

Surely He has borne our griefs
And carried our sorrows;
Yet we esteemed Him stricken,
Smitten by God, and afflicted.
But He was wounded for our transgressions,
He was bruised for our iniquities;
The chastisement for our peace was upon Him,
And by His stripes we are healed.
All we like sheep have gone astray;
We have turned, every one, to his own way;
And the Lord has laid on Him the iniquity of us all.

He was oppressed and He was afflicted,
Yet He opened not His mouth;
He was led as a lamb to the slaughter,
And as a sheep before its shearers is silent,
So He opened not His mouth.
He was taken from prison and from judgment,
And who will declare His generation?
For He was cut off from the land of the living;
For the transgressions of My people He was stricken.
And they made His grave with the wicked—
But with the rich at His death,
Because He had done no violence,
Nor was any deceit in His mouth.

PRAY FOR THE RABBIS TO LIFT THEIR BAN ON THIS CHAPTER AND RECOGNIZE YESHUA. 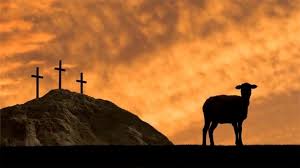