God’s covenant with David was eternal although with consequences for sin.  David’s successor, Solomon did not walk with the Lord as his father did and thus the kingdom, which David had built, was ripped apart.

And he said to Jeroboam, “Take for yourself ten pieces, for thus says the Lord, the God of Israel: ‘Behold, I will tear the kingdom out of the hand of Solomon and will give ten tribes to you (but he shall have one tribe for the sake of My servant David, and for the sake of Jerusalem, the city which I have chosen out of all the tribes of Israel), because they have forsaken Me, and worshiped Ashtoreth the goddess of the Sidonians, Chemosh the god of the Moabites, and Milcom the god of the people of Ammon, and have not walked in My ways to do what is right in My eyes and keep My statutes and My judgments, as did his father David. However I will not take the whole kingdom out of his hand, because I have made him ruler all the days of his life for the sake of My servant David, whom I chose because he kept My commandments and My statutes. But I will take the kingdom out of his son’s hand and give it to you—ten tribes. And to his son I will give one tribe, that My servant David may always have a lamp before Me in Jerusalem, the city which I have chosen for Myself, to put My name there.

The everlasting-ness of God’s choice of Israel and Jerusalem is obvious today. He said it would be a “cup of reeling” among the nations and even a quick look at the news proves that to be true.  Christians should pray for their city, but God will never change His choice of Jerusalem!

PRAY THAT JERUSALEM WILL NEVER BE DIVIDED! 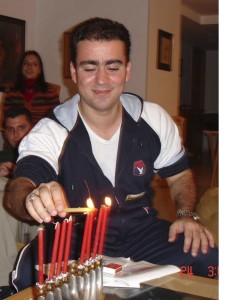