Worship is the best strategy of any and every army!  Only Israel wins wars without even having to fight, because God fights for her!

Now when they began to sing and to praise, the Lord set ambushes against the people of Ammon, Moab, and Mount Seir, who had come against Judah; and they were defeated. For the people of Ammon and Moab stood up against the inhabitants of Mount Seir to utterly kill and destroy them. And when they had made an end of the inhabitants of Seir, they helped to destroy one another.

PRAY FOR THE LEADERS OF ISRAEL’S ARMED FORCES TO USE THE WEAPONS OF FAITH AND WORSHIP! 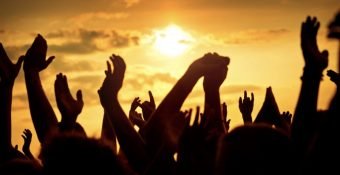