Yeshua chose twelve men to be His closest disciples, known today as Apostles; each was important in God’s plan even Judas who Yeshua knew would betray Him.  After Judas betrayed Yeshua and committed suicide, the Apostles wanted to appoint a replacement.

“Therefore, of these men who have accompanied us all the time that the Lord Jesus went in and out among us, beginning from the baptism of John to that day when He was taken up from us, one of these must become a witness with us of His resurrection.”

They met, prayed and followed what they believed was God’s leading.  But they were wrong.  The group appointed Matthias, but God chose Paul.

Paul knew Yeshua had appointed him.

Paul, an apostle (not from men nor through man, but through Jesus Christ and God the Father who raised Him from the dead).

Eventually Paul presented himself and presented to the church in Jerusalem the unique ministry and message God had given.

Then after fourteen years I went up again to Jerusalem with Barnabas, and also took Titus with me. 2 And I went up by revelation, and communicated to them that gospel which I preach among the Gentiles, but privately to those who were of reputation, lest by any means I might run, or had run, in vain.

9 and when James, Cephas, and John, who seemed to be pillars, perceived the grace that had been given to me, they gave me and Barnabas the right hand of fellowship, that we should go to the Gentiles and they to the circumcised.

But there were some who claimed the title and role of an apostle and came against Paul bringing a false Gospel.

And I will keep on doing what I am doing in order to cut the ground from under those who want an opportunity to be considered equal with us in the things they boast about.  For such people are false apostles, deceitful workers, masquerading as apostles of Christ.  And no wonder, for Satan himself masquerades as an angel of light.  It is not surprising, then, if his servants also masquerade as servants of righteousness. Their end will be what their actions deserve.

Sadly, this is still true today.  These “new” apostles are still making claims that do not align with Scripture.

How can we discern the real from the false?  The plumb line is always the Scripture.  Compare the man, the motivation and the message to what the Bible describes.

PRAY FOR ISRAEL AND THE CHURCH TO HAVE DISCERNMENT AND KNOWLEDGE OF GOD’S WORD SO NOT BE DECEIVED. 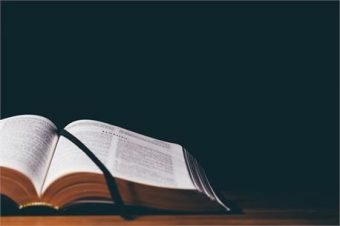