The First Temple: The Glory Departs and it’s Destroyed

God has always had a remnant of those who remain faithful to His covenant. But, from their beginning as a nation, Israel has been on a spiritual roller-coaster.

And then the cycle begins again and again.

Eventually even the priest worshipped idols in the darkness of the Temple.

Finally, in approximately 587, God’s glory departed from the Temple.

3 Now the cherubim were standing on the south side of the temple when the man went in, and the cloud filled the inner court. 4 Then the glory of the Lord went up from the cherub, and paused over the threshold of the temple; and the house was filled with the cloud, and the court was full of the brightness of the Lord’s glory.

But that still wasn’t enough to bring Israel to her knees and in approximately 589 BC God raised up Nebuchadnezzar king of Babylon to destroy the Temple, take the people captive and devastate Jerusalem

And the Lord sent against him raiding bands of Chaldeans, bands of Syrians, bands of Moabites, and bands of the people of Ammon; He sent them against Judah to destroy it, according to the word of the Lord which He had spoken by His servants the prophets.

Now it came to pass in the ninth year of his reign, in the tenth month, on the tenth day of the month, that Nebuchadnezzar king of Babylon and all his army came against Jerusalem and encamped against it; and they built a siege wall against it all around. 2 So the city was besieged until the eleventh year of King Zedekiah. 3 By the ninth day of the fourth month the famine had become so severe in the city that there was no food for the people of the land.

6 So they took the king and brought him up to the king of Babylon at Riblah, and they pronounced judgment on him. 7 Then they killed the sons of Zedekiah before his eyes, put out the eyes of Zedekiah, bound him with bronze fetters, and took him to Babylon.

21Thus Judah was carried away captive from its own land.

PRAY FOR THE JEWISH PEOPLE TO RECOGNIZE THEIR SIN, REPENT AND RETURN TO THEIR GOD. 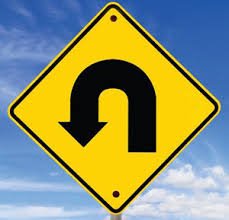