Unlike today, the decisions of the priest or judge were not open for appeal. The decision of the judge or priest was final, thus the need for righteous leaders.

“If any case is too difficult for you to decide, between one kind of homicide or another, between one kind of lawsuit or another, and between one kind of assault or another, being cases of dispute in your courts, then you shall arise and go up to the place which the Lord your God chooses. So you shall come to the Levitical priest or the judge who is in office in those days, and you shall inquire of them and they will declare to you the verdict in the case.  You shall do according to the terms of the verdict which they declare to you from that place which the Lord chooses; and you shall be careful to observe according to all that they teach you.  According to the terms of the law which they teach you, and according to the verdict which they tell you, you shall do; you shall not turn aside from the word which they declare to you, to the right or the left.  The man who acts presumptuously by not listening to the priest who stands there to serve the Lord your God, nor to the judge, that man shall die; thus you shall purge the evil from Israel.  Then all the people will hear and be afraid, and will not act presumptuously again.

The judges and priests had the power of life and death in their hands. But being mere men, they were also prone to sin. Eventually the priesthood became corrupt and subject to political correctness. Only God is the perfect Judge and High Priest.

PRAY THAT ISRAEL WILL TURN TO YESHUA AS THEIR PERFECT JUDGE AND HIGH PRIEST. 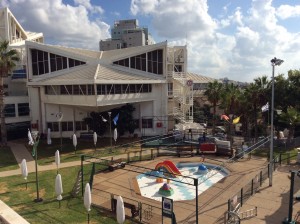